The etymological origin of the word religion is the Latin verb religare, to bind strongly, to unite again.

This piece —which is a version of my own work— shows the three nails of the Christian iconography tied, united and raised on the wall, referring to the place usually reserved for the domestic crucifix.

These nails are materialized in spermaceti, a very valuable vernacular material in ancient times with waxy properties and which is found in an organ located in the skull of sperm whales. The functions of this organ are still a subject of scientific debate but it could be linked to buoyancy, sexuality or defense issues.

Galicia’s whaling history stretches from the 13th century to 1986, when commercial hunting was forbidden in much of the civilized world, due to the drastic decline in the global population of cetaceans during the 20th century. In recent years, countries such as Japan, Iceland or Norway have continued to hunt whales for commercial purposes. 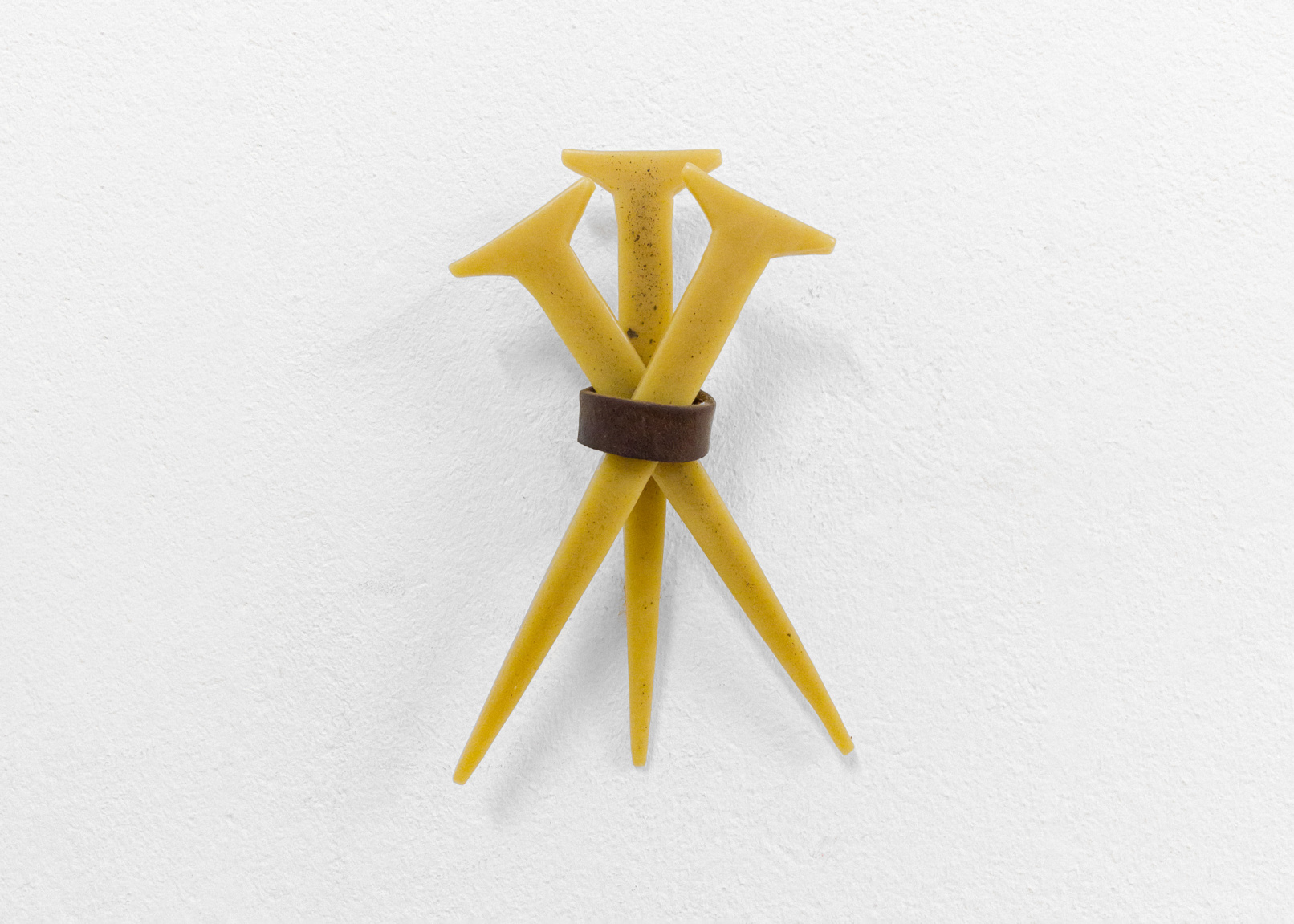