Las holandas is a series of works on folded paper oxidized with Brandy de Jerez —Sherry Brandy— and high temperature.

Holandas are low-grade wine spirits used to make Brandy de Jerez. They receive that name because of their historical main market, since these burning wines were exported to Flanders and the Netherlands. In fact brandy is an apocope of brandewijn, which means “burnt wine” in Dutch.

The alcohol in the brandy dehydrates the cellulose and accelerates its natural oxidation. When heat is applied, the lignin in the paper and the sugars in the cellulose begin to oxidize, contributing to browning. Free radicals are involved in these reactions, just as in skin aging. The passage of time is also a chemical process.

This series is a belated fruit of the «Ascetisch Paysage» project awarded by the MAC Fundación Naturgy (A Coruña, ES), which led me in 2018 to investigate the geographical and historical context in which the landscape was born as an autonomous pictorial genre, as a result of the emergence of Protestantism in the current territory of Belgium and the Netherlands. 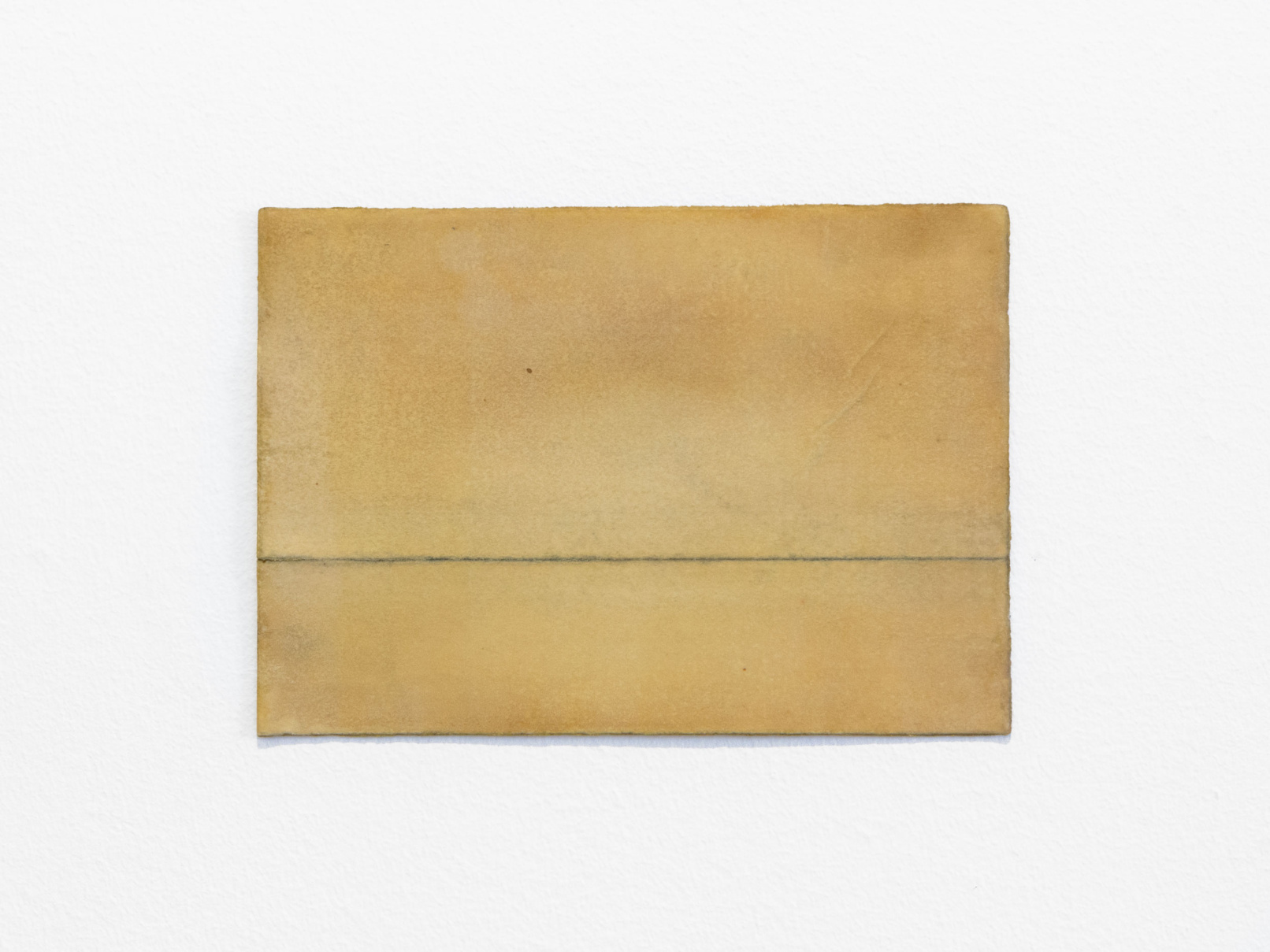 The mute lovers
Threshold (What falls)