This piece is a formal reduction of the Orthodox cross, whose oblique crosspiece refers to the two others crucified beside Christ. Pointing to the sky was the righteous (or saved) one, and pointing to hell was the unjust (or fallen) one. The other two top crossbars were removed to emphasize that narration. The pine studded crosspiece is trapped between two vertical chestnut woods that were part of an old bed, resulting in the idea of lying patiently, and are joined by a metallic hardware piece of an old train track. 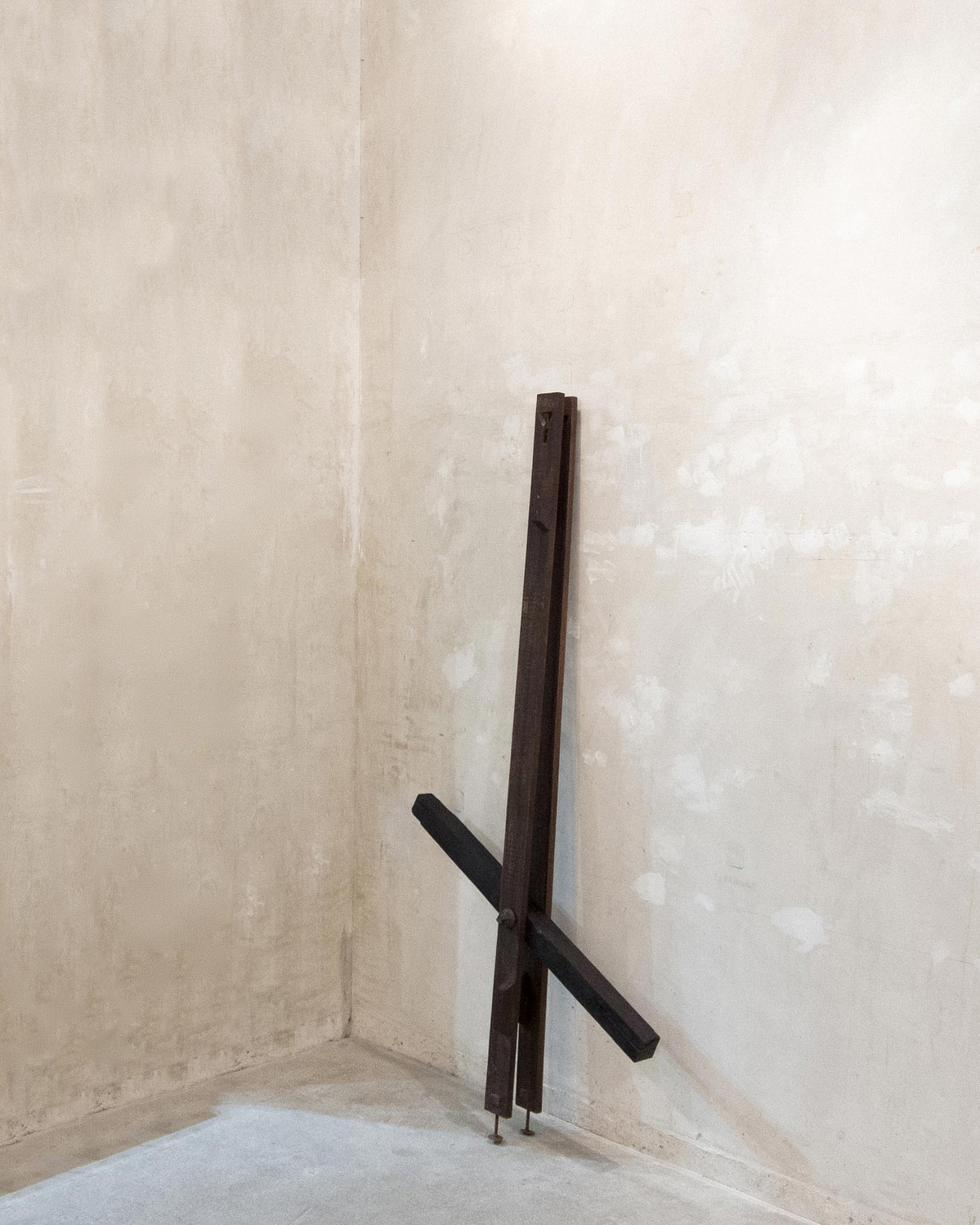 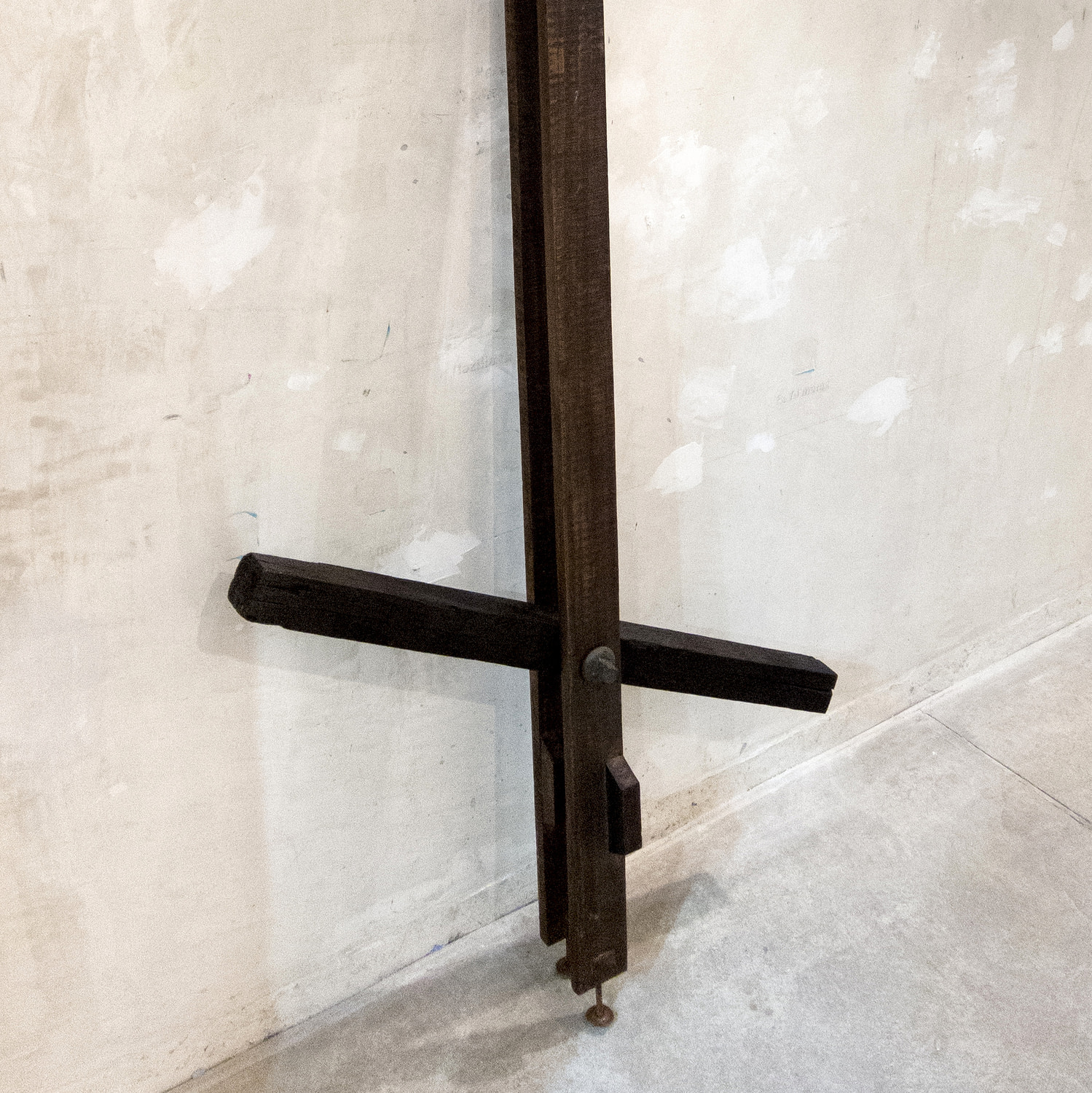