In June of 1965, from his residence in Buenos Aires, Luis Seoane wrote a letter to his friend and partner Isaac Díaz Pardo in which he explained that “there are untold Galician shapes that are hidden in the landscape” and that “there they are for those who know how to pick them up”. That shapes can be perceived in the Galician geographical relief, in the abstract signs used by the sailors, in the tools used in the trades or in the vernacular architecture.

This work makes a veiled tribute to the «Xogo da Chave», a popular Galician game that consists of launching a series of metallic weights from 14.20 meters away against a metal totem shaped like a tongue.

Despite being a game that is disappearing, there are still many places to practice it scattered throughout the neighborhoods throughout the Galician geography, so that the characteristic metallic sound of the «chave» has become part of the soundscape and an intangible heritage from Galicia that is dissolving. 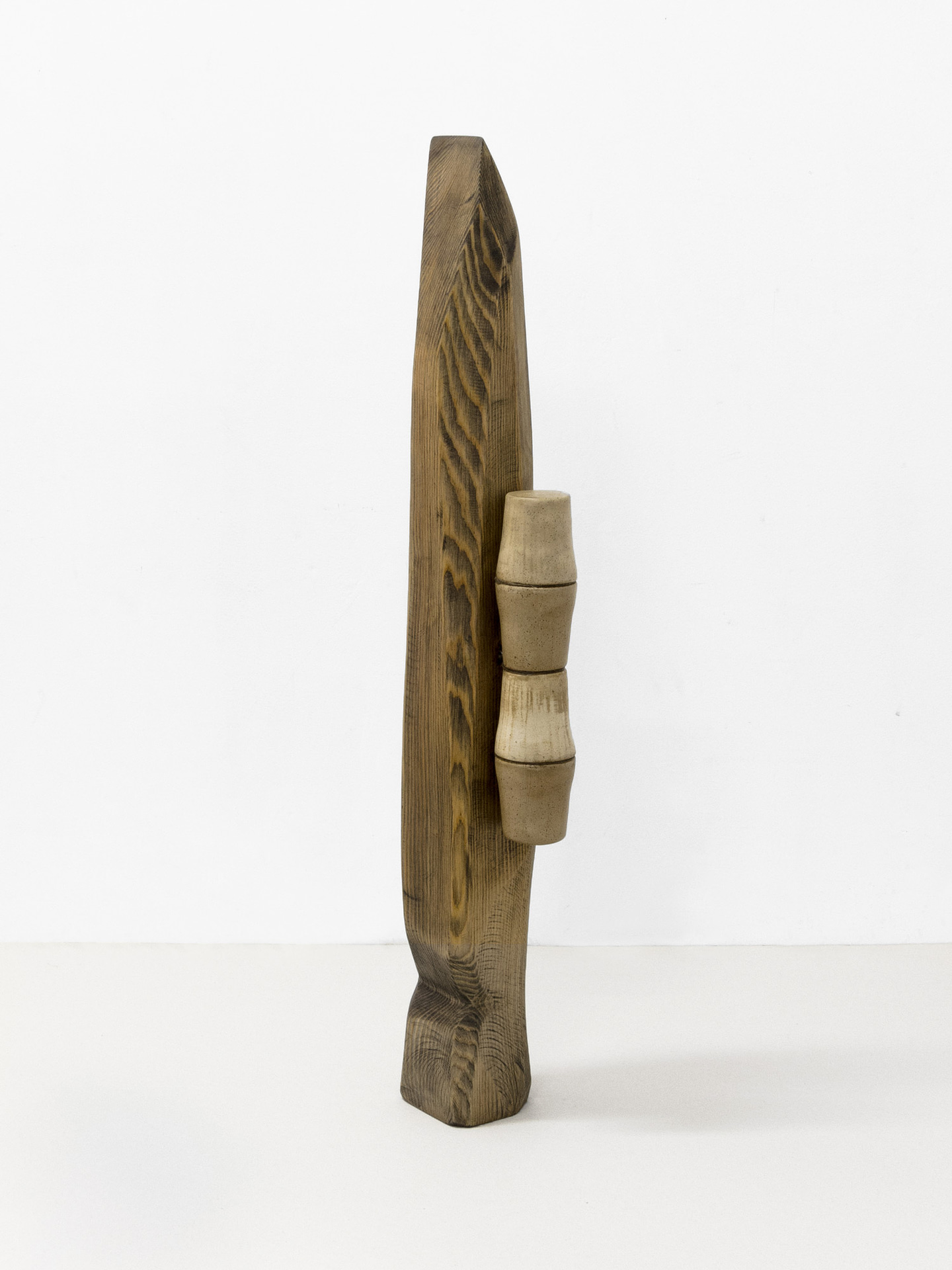 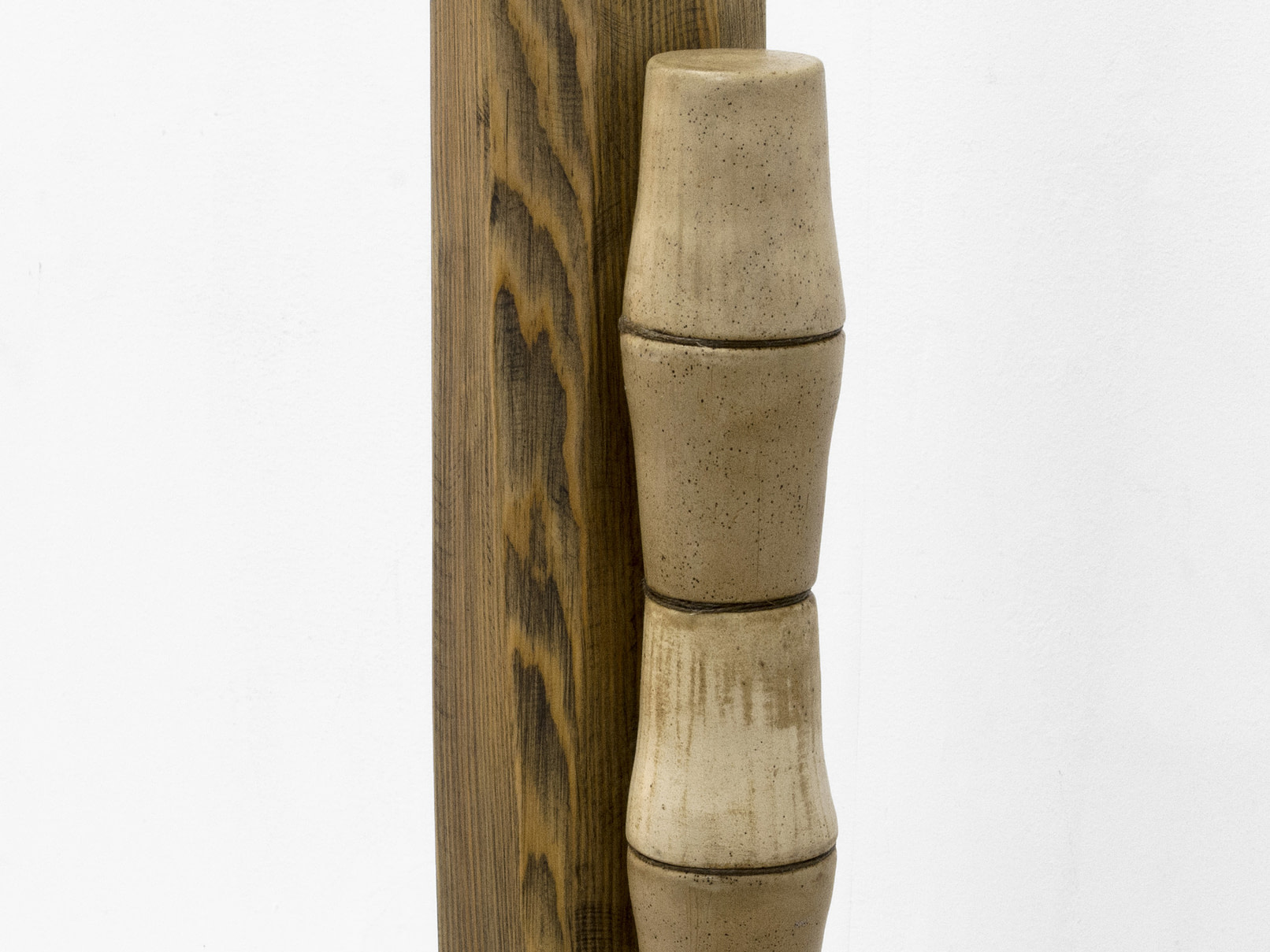 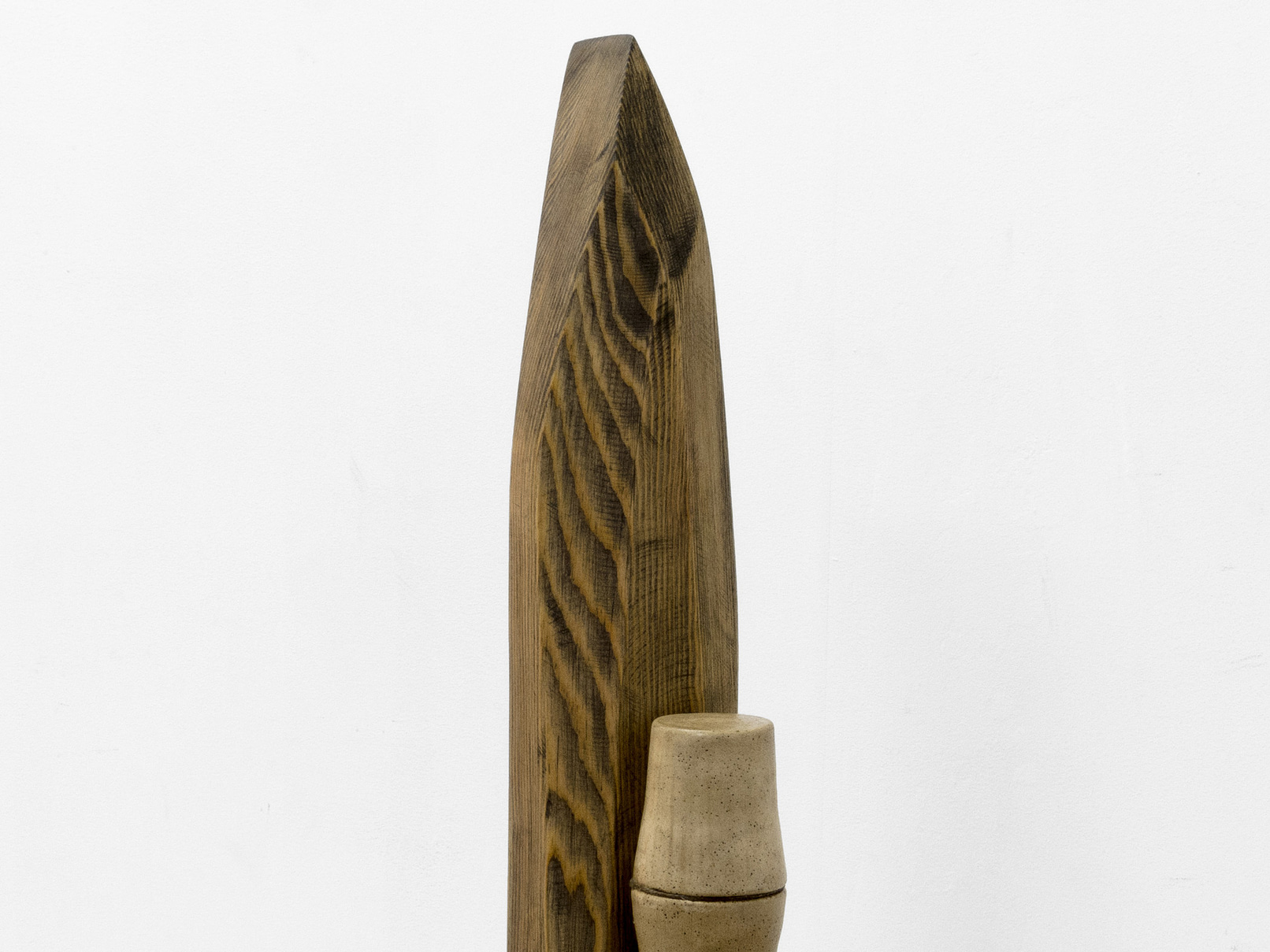 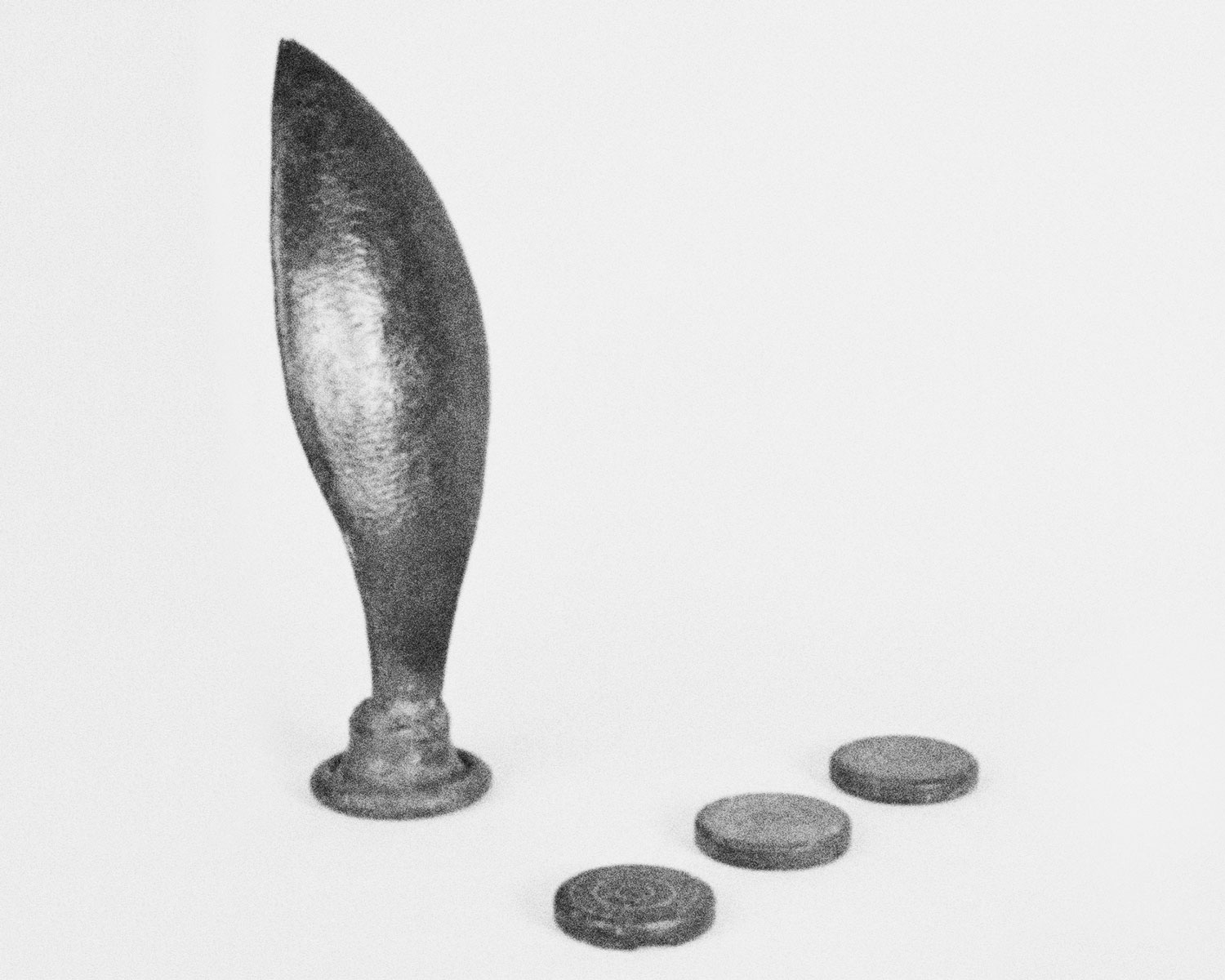 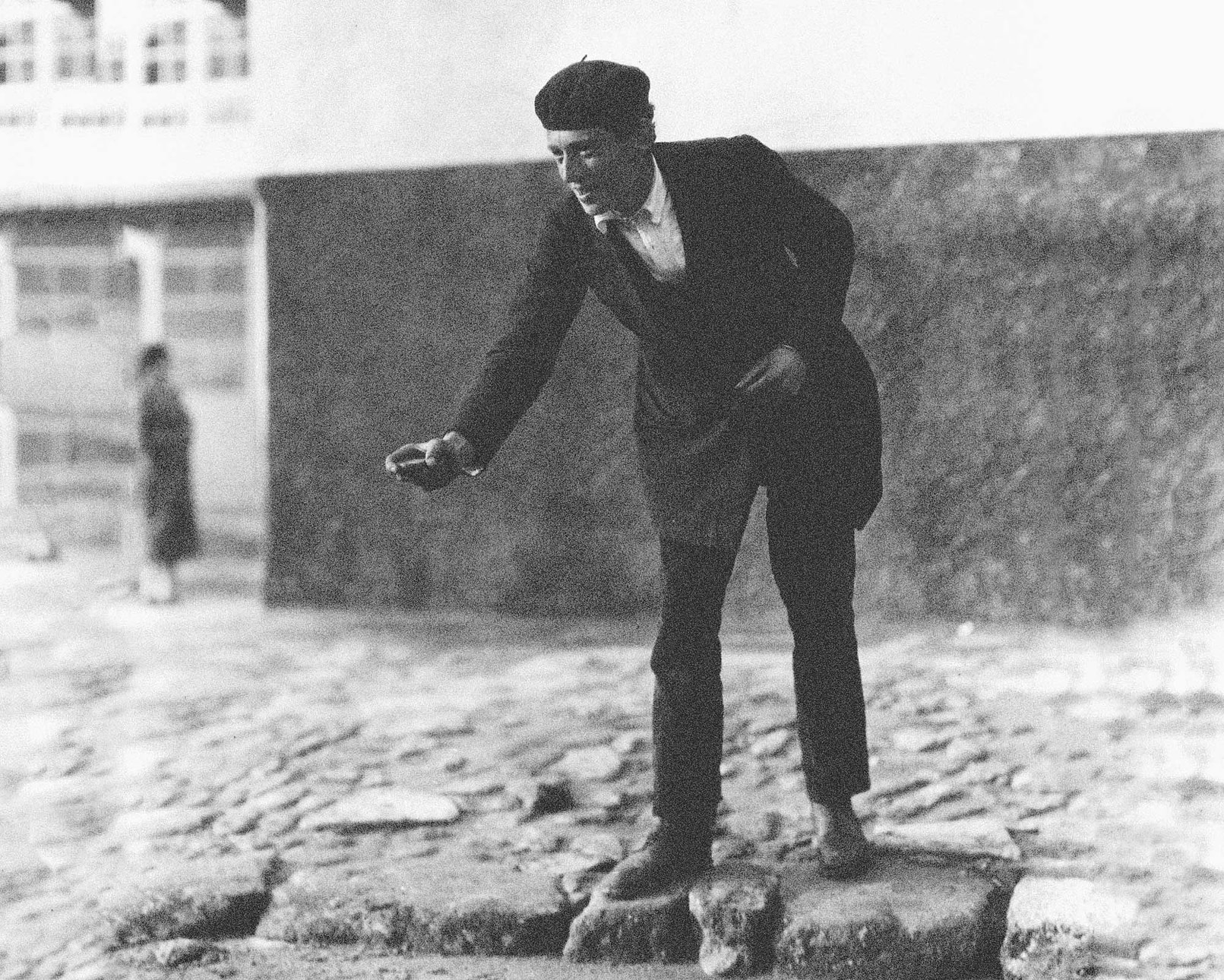 Esgrafiados
It gets stepped on, burns and rises